This year at Kellogg Community College, there will be a change in the way students access the student newspaper – no longer in print, but accessed digitally.

The Bruin student newspaper is now the online-only The Bruin News, and will ultimately include multimedia content like video in addition to covering the top KCC stories through text.

Once upon a time…

KCC’s student newspaper was first known as The Triad, and the first issue appeared in December 1956, the year KCC was founded as Battle Creek Community College. The Triad represented three elements: citizenship, leadership and scholarship. The paper had a run of 21 years before transforming into What’s Bruin…, which lasted until 1978 until finally becoming The Bruin in 1996.

Back in the day, the newspaper presented the only way of getting in touch with the happenings in the community, presenting features as well news articles. Mosaics (art pieces), photographs and job announcements, as well as Kassie Dunham’s favorite April Edition featuring “photographs with fashions and hairdos.”

Dunham is Library Services Faculty Coordinator at KCC and also serves as the college archivist.

“It’s nice to go back to see the pulse in the old newspaper,” Dunham said.

Dunham remembers the days of typewriting and writing papers but appreciates the newer technologies that brought us things like spellcheck.

KCC English professor Thomas Webster sees The Bruin News using newer technologies to move to digital as a way of helping students make the paper their own and finding ways to grow the program.

Webster has been a faculty advisor for the student newspaper staff for the past several years.

“The faculty, staff and administration of KCC are here to support you, the Bruin writers, in any way we can, but in the end, this is your opportunity,” Webster said. “Make it count!”

Webster’s time as a faculty advisor is not over, as he will be working alongside the current advisor Simon Thalmann, digital marketing manager and journalism instructor at KCC, as he experiences the way students learn and develop. Like technology changes over time, Webster expresses that the writing activities students partake in “change them in some way.”

Though the change from paper to digital is the newest addition to the history of the student newspaper, Webster made it clear that while some things change, some things stay the same. For the The Bruin News, that means writing the things that matter.

“Families may include different members, but they are still families. School may be online or face-to-face, but it is still school. And work may happen in new and more flexible environments, but it is still work,” Webster said. “The students at The Bruin will still be writing stories about those things for many years, and relaying those stories to the world in whatever ways seem best.”

With today’s generation, accessing the internet to read the daily scoop or catch up on the score of Sunday Night Football is more common than waiting for the arrival of the week or month’s publication. In a matter of minutes, viewing the royal couple’s wedding is possible.

“People are more likely to read the headline of your story in passing in their Facebook or Twitter feed than they are to read it on the newsstand these days, and that impacts the way you do things as a journalist,” Thalmann said.

As the The Bruin News advisor, Thalmann hopes to increase newspaper staff and expand coverage to community news beyond KCC’s campuses. Thalmann’s focus is on providing support as the students make the digitized paper their own to cover stories in a variety of ways.

The hope is that the new platform will lead to a more informed public by exciting them with this new opportunity and encouraging them to become more involved and engaged with the community. 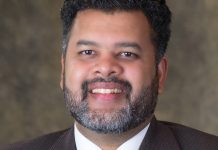 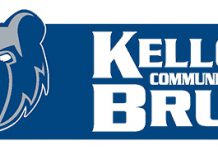