Kellogg Community College received a prestigious Paragon Award from the National Council for Marketing and Public Relations for its efforts in the promotion of Black History Month in February of 2020.

The NCMPR’s annual Paragon Awards ceremony recognizes a number of community and technical colleges and institutions in the entirety of the United States for achievements in 53 categories where there are gold, silver and bronze awards for every category.

The awards ceremony was held virtually on March 17, when KCC received the award for a series of posters placed around the campus that were designed by KCC’s Manager of Media Design Cab Rininger.

In a press release from KCC, Rininger said her inspiration was derived from Dr. Gerald Case-Blanchard, a music professor at KCC.

“I wanted students to see themselves in the series next to other influential figures and feel motivated to shape the future,” Rininger said.

KCC President Dr. Adrien Bennings said KCC strives to improve and strengthen the embrace of diversity and inclusion so that everyone feels at home and welcome at the college.

“Over the past five years, through a series of capacity-building efforts, KCC has realized enormous progress toward transformational change, from the board room and offices of our college’s leadership to individual classrooms and everywhere in between,” Bennings said. “Whereas we once were cautious about dedicating time and resources to achieving equity and uncomfortable even using the vocabulary of privilege and inclusion, today we are an institution that talks openly with students and stakeholders about the need for organizational change and the importance of our individual and collective work.”

KCC Vice President for Strategy, Relations and Communication Eric Greene is the head of the Public Information and Marketing Department at KCC, and said in the release that the college has a drive and passion for connecting with current students, potential future students and members of the KCC community and for presenting them with the opportunities that are available at KCC.

The PIM Department at KCC specializes in varieties of in-house development, marketing management, graphic design services, print and document services and public relations on the behalf of KCC. Before winning this award, the department received a plethora of Paragon Awards (seven to be exact) and 52 Medallion Awards since 2012. Medallion Awards recognize outstanding achievement in design and communication at community and technical colleges in each of the NCMPR’s seven districts. 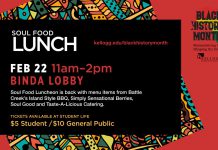 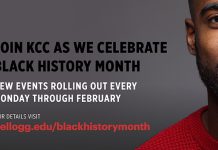 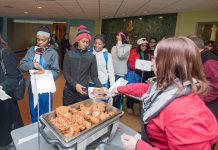