It’s a typical Tuesday afternoon at Kellogg Community College. Students are seated at the tables and booths, chatting among themselves as they work on various assignments, some with small speakers out to listen to music or recordings of classes.

Of course, not everything is as it seems.

In a small section of the Student Center a group of students sit around TVs. Cries of joy, rage, anger, excitement and words are exchanged in the heat of the moment.

The sounds of combat echo through the room, explosions as bombs burst in the air. A small child runs from a giant ape looking to grab him and throw him offstage. The child spins and summons forth a bolt of fire that knocks the ape into another boy, who summons a sphere of ice that explodes on the ape, encasing him in ice and sending him flying.

A blonde princess floats above the stage before dropping behind the child and striking him with a golf club, sending him flying too.

This may seem strange and out of the ordinary to many, but to the members of the KCC Smash Club, this is just another Tuesday afternoon.

The Smash Club is a video gaming club for fans of the ever popular crossover gaming series known as Super Smash Bros. The game itself is a mass crossover fighting game with characters from a multitude of different games. From characters like the Mario brothers to Pokémon’s Pikachu to the small lovable Kirby, and many more.

The game itself was introduced in 1999 for the Nintendo 64 and has been going strong since then, porting from other game systems such as the Wii, the Wii U, and most recently the Nintendo Switch.

The KCC club was started in the spring semester of 2017 by Mitchell Jones, a third-year student and club president.

“Me and my friends met at a Smash Bros. tournament,” Jones said. “We wanted to meet others who played Smash Bros. and hang out and have fun.”

The club has been going strong for the last five semesters, gaining more students and making a name for itself on the KCC campus.

For more information about the club or how to join, talk to Jones or stop by the KCC Student Center where the Smash Club can be found Tuesdays and Thursdays playing Smash Bros. 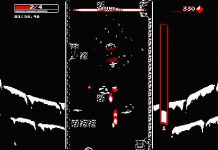 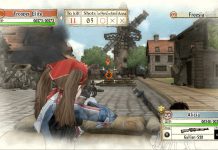 Video game review: Valkyria Chronicles for Nintendo Switch is a joy to experience