Kellogg Community College Admissions Director Jennifer Kotowski, when asked about the costs of community college compared to a public university, said, “A KCC student can expect to pay $9,000 less per year based on 30 credit hours versus attending a university.”

That’s a lot of money saved just in one year.

While attending community college is not everyone’s cup of tea, there is a benefit for attending for everyone.

Rylee Andrews, who dual-enrolled at KCC his sophomore through senior year of high school and now attends Ferris State University, said KCC “allowed me to experience what community college was like, along with earning the same credits that are transferable to a different university.”

Although Andrews was a student at KCC for a short period of time, he still had some classes paid for through dual-enrollment, which saved him money even if he attended a university. 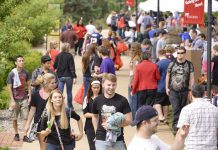 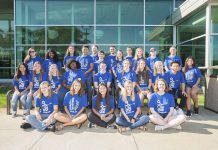