Michigan on Wednesday officially became the second state in the U.S. to ban of the sale of flavored electronic cigarettes.

The state’s actions, initially announced Sept. 4, follow those of New York, which voted to ban most flavored e-cigarettes on Tuesday.

Retailers in Michigan now have 13 days to comply with the ban before legal action can be taken.

The Michigan ban does not make all e-cigarettes illegal; in fact, it does not ban e-cigarettes at all. The ban is specifically against the sale of flavored e-cigarette products. The state’s initial reports define “flavored” as including “A taste or aroma, other than the taste or aroma of tobacco, imparted either before or during consumption of a tobacco product, vapor product, or alternative nicotine product, or any byproduct produced thereof. This includes, but is not limited to, tastes or aromas relating to food or drink of any sort; menthol; mint; wintergreen; fruit; chocolate; vanilla; honey; candy; cocoa; dessert; alcoholic beverages; herbs; or spices.”

The ban, lasting six months with a renewal option, also encompasses the advertising of flavored vaping products. In a press release sent out Wednesday, Michigan Gov. Gretchen Whitmer described her reasoning behind the ban.

“As governor, my number one priority is keeping our kids safe,” the press release says. “And right now, companies selling vaping products are using candy flavors to hook children on nicotine and misleading claims to promote the belief that these products are safe. That ends today. Our kids deserve leaders who are going to fight to protect them. These bold steps will finally put an end to these irresponsible and deceptive practices and protect Michiganders’ public health.”

Also according to the state release, “from 2017 to 2018, e-cigarette use spiked 78% among high school students and 48% among middle school students.”

“In 2018, more than 3.6 million U.S. kids, including one in five high school students and one in 20 middle school students were regular users,” the press release says. “These rates are still climbing, likely fueled by the availability of flavors akin to apple juice, bubble gum, and Nerds.”

Although the ban is focused on protecting people under the age of 18 from prospective dangers outlined by the CDC, Kellogg Community College students will be affected. The ban of flavored products is not limited to young people, and the sale of all e-cigarettes and corresponding products is already illegal for people under 18, meaning that the ban applies to everyone.

Although the sale, and use, of e-cigarettes is not being banned, all flavored e-cigarette material, other than tobacco, is illegal.

According to KCC policy, the college “prohibits smoking – including the use of e-cigarettes – in campus areas other than permitted designated locations and any use of tobacco products on campus and in KCC facilities.”

If a person is found guilty of a misdemeanor for any of the above actions they are, according to the report, subject to a fine of no more than $200 and/or a jail sentence of no more than six months. 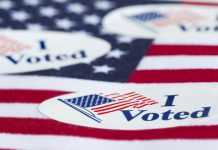 KCC journalism students ask: What are your thoughts on the upcoming election? 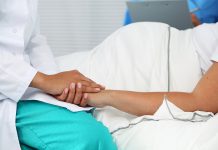 Opinion: Abortion should be illegal in America 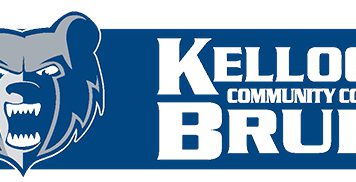