The festival showcases more than 20 artists, including indie-folk star Father John Misty, who is headlining. It will run from noon to 11 p.m. this Saturday and Sunday, Sept. 22 and 23, not only showcasing amazing music, but including a wide selection of food trucks, craft beer and specialty vendors.

Audiotree is a music business started by Kalamazoo natives Michael Johnston and Adam Thurston. They created this festival with the purpose of celebrating new and upcoming artists, and it is curated by the popular web series Audiotree Live.

“Our idea was to take Audiotree on the road and have a festival of some sort because when we were younger, there wasn’t much music happening in Kalamazoo,” Thurston said. “We would have to drive to Detroit or Chicago, sometimes something would happen in Grand Rapids, but there weren’t any touring bands coming through Kalamazoo. We always thought that we could bring something back to the community.”

By allowing these bands to play in front of large crowds, Audiotree gives them a platform to expose their music to audiences who are open-minded about discovering and listening to new music, which is the entire essence of the festival.

“We want to give them a platform, and a space, whether it be in the studio, online, streaming on YouTube or playing on the festival stage,” Thurston said. “Giving these bands the opportunity to play onstage with John Misty and other bands, we’re hoping that they play their music, interact with fans and hopefully gain new fans to follow them as they go into their careers.”

For more information about the Audiotree Music Festival, visit www.audiotreemusicfestival.com. 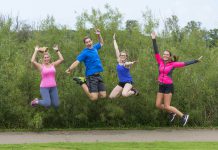 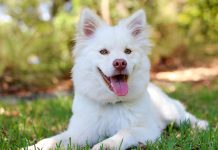 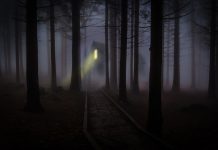